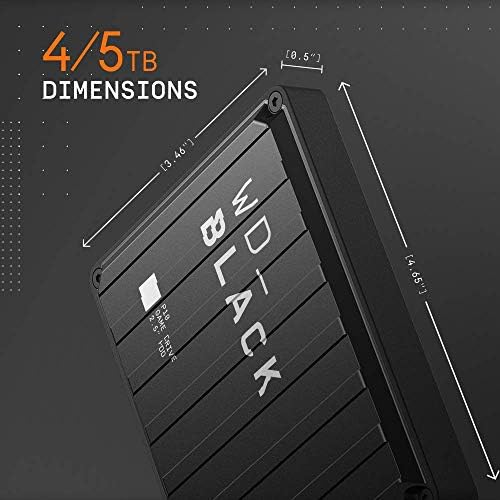 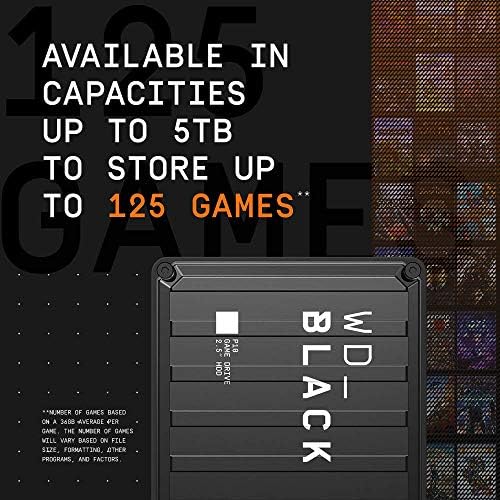 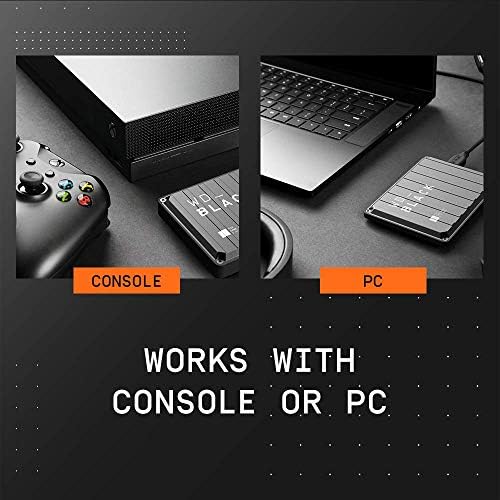 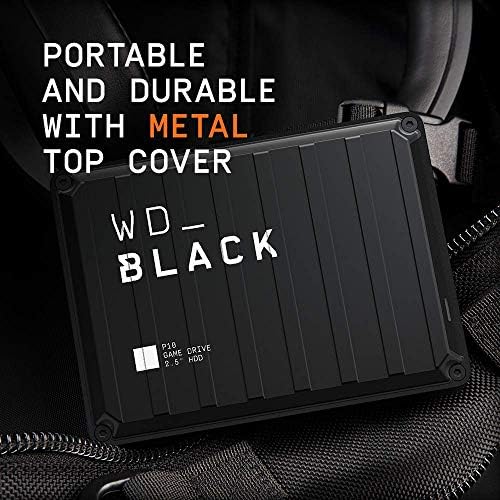 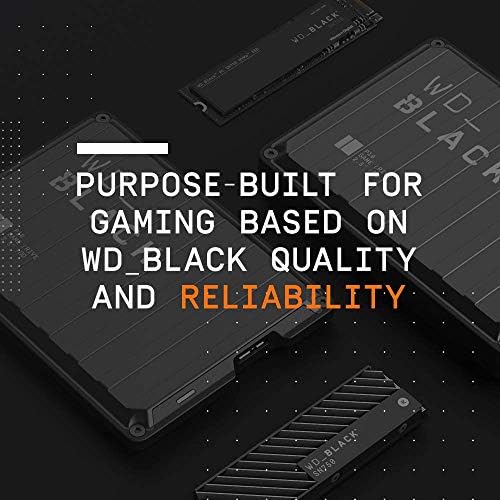 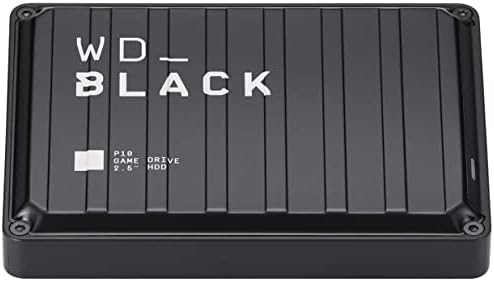 Everything that goes into WD_Black devices are specifically designed to take your game further, no matter what you play. With speeds up to 140MB/s and up to 5TB of extra storage, the WD_Black P10 Game Drive will push your console or PC to new levels of performance, allowing you to drive your game and play without limits. (Based on read speed and internal testing. As used for transfer rate, megabyte per second (MB/s) = one million bytes per second. Performance will vary depending on your hardware and software components and configurations.).
Available in capacities up to 5TB that can hold up to 125 games, so that you can save old favorites and still have room for new titles (As used for storage capacity, one terabyte (TB) = one trillion bytes. Total accessible capacity varies depending on operating environment. Number of games based on a 36GB average per game. The number of games will vary based on file size, formatting, other programs, and factors.)
Comes with an 18-inch (457mm) USB Type-A to Micro-B cable with SuperSpeed interface up to 5Gbps (Cable length may vary.)
Compatible with Xbox Series X/S (play and store Xbox One games, archive Xbox Series X and Xbox Series S games) and PlayStation 5 (play and store PS4 games, archive PS5 games) consoles
Portable form factor with sleek metal top covering that provides fast access to your growing game library
Premium HDD with 3-year limited warranty, purpose-built for gamers based on WD_BLACK quality and reliability