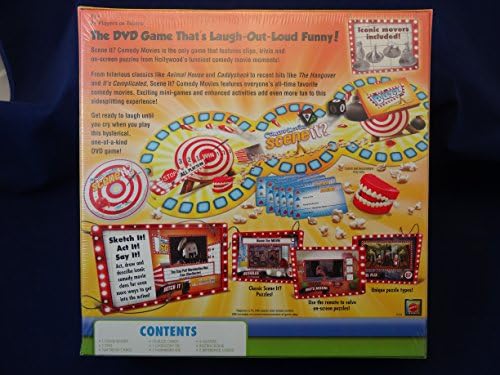 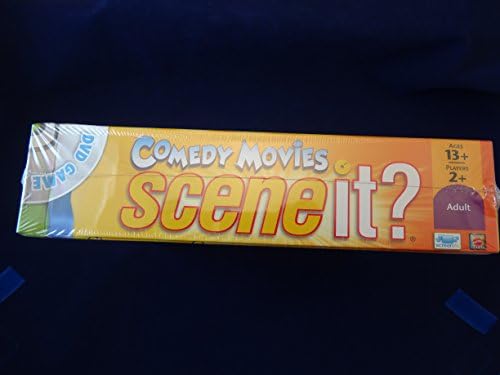 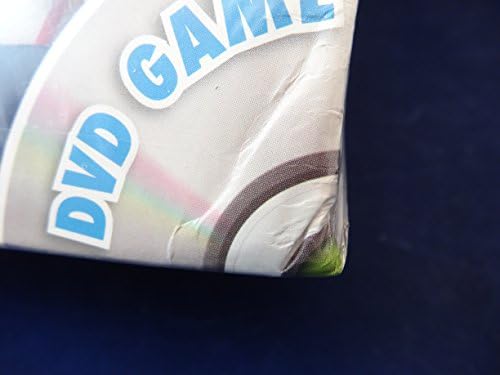 Get ready to tickle your funny bone with Comedy Movies Scene It? Deluxe Edition. Recommended for ages 13 and older, this DVD trivia game features hundreds of questions about your favorite comedic moments. Comedy Movies Scene It? also challenges your observation, memory, wordplay, and problem solving skills as you try to decode special DVD puzzles. Designed for two or more players, this trivia game is ideal for those with both a sense of humor and a competitive streak.Scene It? Comedy Movies
Deluxe Edition
Ages: 13 years+
Players: Two or more
Requires: DVD player, TV or computer, and remote control
What We Think
Fun factor:
Durability:
Ease of assembly:
Educational factor:
Novelty factor:

The Good: DVD puzzles and trivia appeal to comedy fans of all levels.

The Challenging: Competitive players might find the sudden changes in scores frustrating.

In a Nutshell: An interactive DVD and board game made especially for fans of comedy movies.
Tickle your funny bone and challenge your observation, memory, wordplay, and problem solving skills. View larger.

The Interactive DVD features scenes from comedy movie classics and modern favorites. View larger. Funny from Start to Finish
From the game pieces to the trivia cards, every aspect of the Comedy Movies Scene It? Deluxe Edition is infused with fun-loving hilarity. The game begins with players choosing one of four collectible tokens to represent their teams. These sculpted metal tokens represent some of the genre’s most beloved symbols: the fake nose and mustache glasses, a rubber chicken, a whoopee cushion, and the classic banana peel.Multiple Ways to Win
Comedy Movies Scene It? comes with a unique game board that can be extended for a full-length game or folded into a circle for short play. Teams advance around the board by completing two types of challenges: traditional trivia questions and DVD-based puzzles. Players roll the eight-sided die to see which trivia category to draw from or select on the DVD. Each card and puzzle offers questions found in songs, slogans, or pop culture. Questions range in level of difficulty, and two extra board spaces are awarded if players can answer a question from the Hardy-Har-Hard category. Players can also advance by answering an All-Play question correctly and receiving a Buzz card. The Buzz card can be used as an immediate way to throw opponents off course, or it can be saved for later. In order to win, a player must reach the Stop space and complete an All-Play-to-Win challenge. Additionally, three new game features, Sketch it!, Act it!, and Say It!, let you relive side-splitting scenes as you draw, act, and describe the clues.Interactive DVD Features Video Clips, Sound Bites, and Images
Comedy Movies Scene It? Deluxe Edition’s main attraction is the interactive DVD, featuring scenes from movie classics, such as Animal House and Caddyshack, to modern favorites, such as It’s Complicated and The 40-Year-Old Virgin. Filled with video clips, sound bites, and images, each puzzle will put your knowledge of Hollywood’s funniest moments to the test.Fun for Comedy Fans of All Levels
With hundreds of questions, Comedy Movies Scene It? has something for every type of fan. The difficulty is varied enough to keep all players engaged–from diehard fanatics to casual viewers. Also, some of the video puzzles are completely self-contained, so even non-fans can participate in the game.What’s in the Box
Comedy Movies Scene It? Deluxe Edition DVD, game board, four collectible metal tokens, 160 trivia cards, 20 buzz cards, six-sided numbered die, eight-sided category die, and instruction sheet.