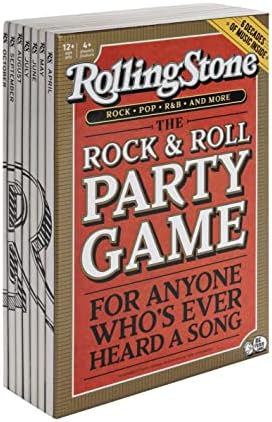 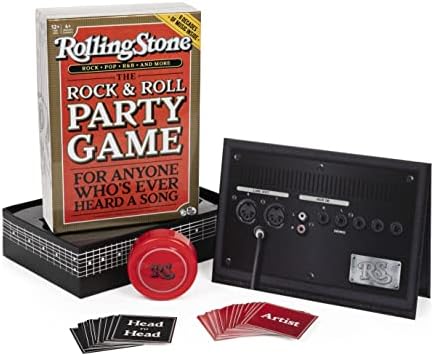 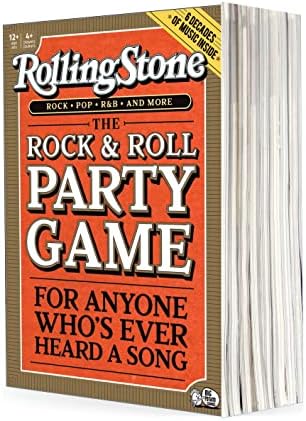 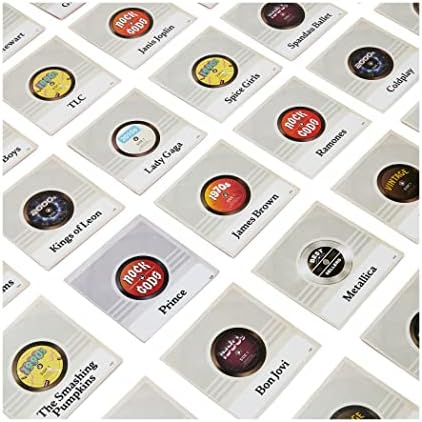 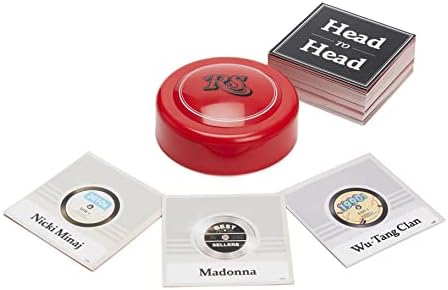 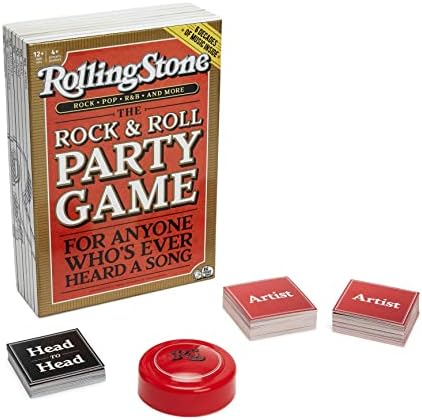 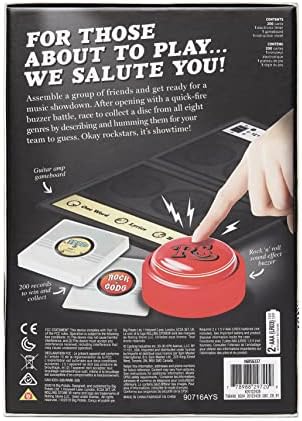 The curtain is up and the stage is set. Assemble your superstar team and get ready to power slide your way into a music trivia game that’s packed with pop culture, rock music and karaoke showdowns. This music game comes in two parts: a head-to-head round and a charades round. Head to Head round: To start, choose a player from each team to face off in a quick-fire karaoke battle. Grab the 15-second buzzer and turn over a category card (e.g. ‘Songs that mention animals of ‘Songs about American cities’). Whenever a player thinks of a song, they shout out the lyrics and slap the buzzer to put the pressure back on their opponent. The last singer standing wins the round and gets an advantage in the charades round. Charades round: The winner of the head-to-head takes six records, each representing a different artist, and chooses three to give to their opponent. They’ll both have 30 seconds to get their teams to guess the bands by describing, quoting and humming them out loud. Whenever their team guesses correctly, they’ll add it to their record collection. At the end of the two rounds, pile up your winnings and choose two new players to start the next head-to-head round. The first team to collect a record from all eight genres wins the game and gets to claim their seats in the rock’n’roll hall of fame! There are over 150 different bands to collect, and they span from 1960 to 2019, making it a great board game for adults and teenagers alike. Plus, it’s one of those party games that works best with large groups, so the more players you’ve got on your team, the better the show will be. Just watch out for noise complaints – rock’n’roll showdowns can get pretty loud. Requires 2 x AAA batteries (not included).
HEY HO, LET’S GO: Time for two superstar teams to go head-to-head and power slide their way into a rock’n’roll showdown.
ANYONE CAN PLAY: This is a music trivia game for anyone who’s ever heard a song, so you won’t have to be a music buff to get involved.
THE TIME IT IS A’TICKING: To start, two players face off in a quick-fire category battle. Afterwards, you’ll have 30 seconds to describe, sing and hum three famous bands for your team.
FROM BEATLES TO BON IVER: This game contains over 150 well-known artists from the 1960’s to the 2010’s, so there’s something for everyone.
FOR THOSE ABOUT TO PLAY, WE SALUTE YOU: This is a board game for adults and teenagers alike. Requires a minimum of 4 players. Requires 2 x AAA batteries (not included).

Be the first to review “Rolling Stone, The Music Trivia Game Where Legends...” Cancel reply