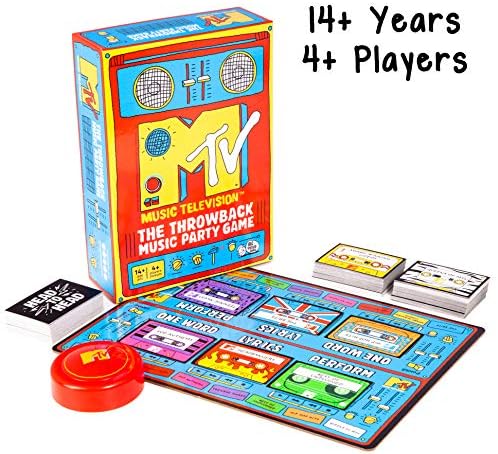 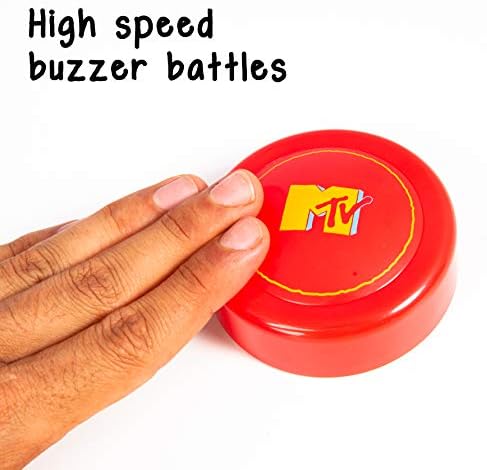 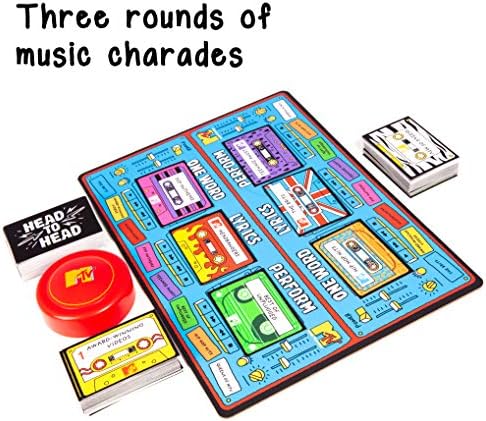 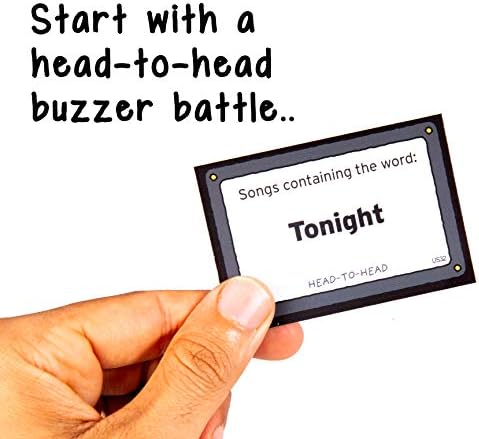 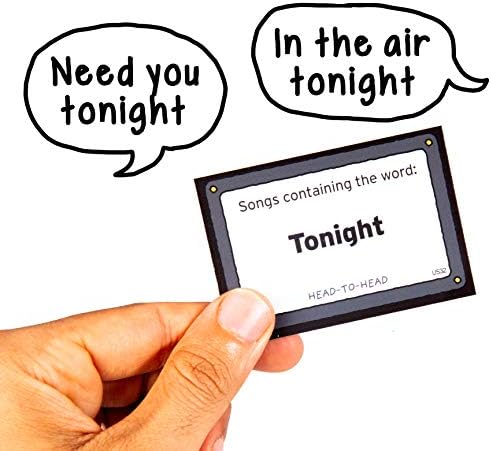 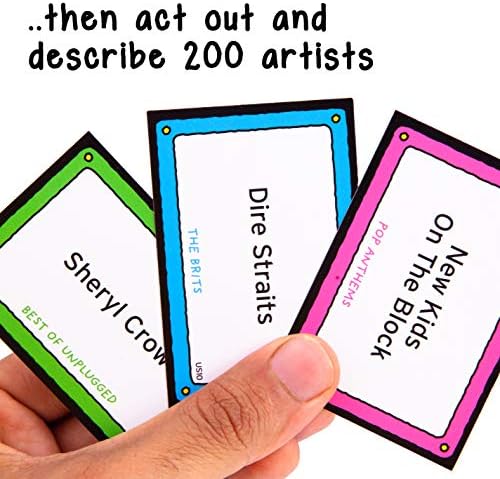 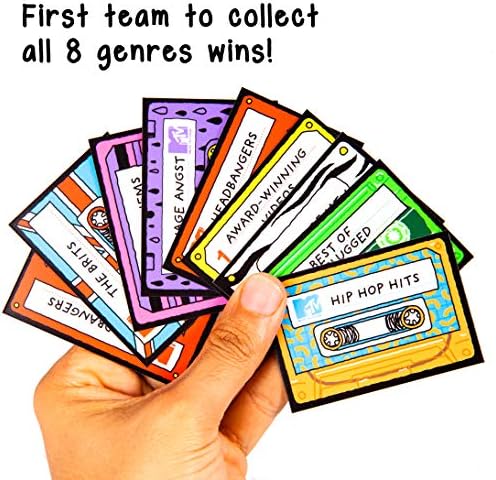 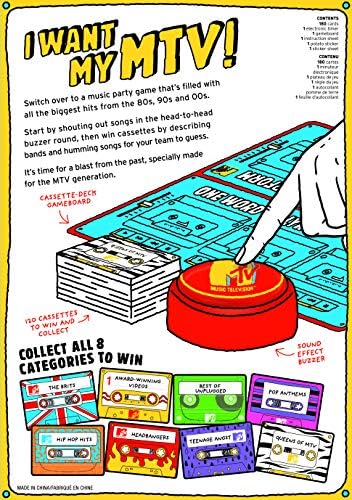 Switch over to a music party game for adults and teens that’s filled with all the biggest hits from the ’80s, ’90s and ’00s. It’s time for a blast from the past, specially made for the MTV generation.The Aim of the Game is to be the first team to collect at least one Artist Card from all eight MTV Challenge categories: Award-Winning Videos Best of Unplugged, Pop Anthems, Headbangers, Teenage Angst, Hip Hop Hips, Queens of MTV, Across the Pond. To start, each team chooses a player to represent them in the quick-fire buzzer round. Both players sit opposite each other and place the buzzer in the middle of the table. Flip over a Head to Head Card to reveal a song category. As soon as one of the players thinks of a song that answers the card, they shout it out and hit the buzzer, setting off the timer. The other player now has 15 seconds to think of a new song that fits the category. As soon as they have one, they shout it out and press the buzzer, resetting the timer. The other player is now back in the hot seat. Players keep yelling out songs in turn until one of them can’t think of a correct answer and they run out of time. The winner takes an advantage into the Artist Round. The player who won the Buzzer Round draws nine Artist Cards from the deck, and secretly looks at them. On the back of each is a popular band from the golden age of MTV Hits. They choose three to keep and hand the remaining six to their opponent from the Buzzer Round. This player also secretly chooses three to keep and discards the rest. Both players now put their three cards face down on their three category squares on the game board.Then they have 30 seconds to get their team to guess all three artists by describing them in three different ways. One Word: Describe the artist to your team using one carefully chosen word. You can repeat the word as many times as you like, but you can’t change it. Lyrics: Speak (not sing) a lyric from one of the artist’s songs. If you’re really stuck and don’t know any songs by this artist, just make it up. Perform: Hum, whistle or scat one of the artist’s songs. Players can tackle their three cards in any order they want and can always come back to one if their team gets stuck. Their team can guess as many times as they like. Whenever they guess correctly, flip that Artist Card over. If a team flips over all three cards and still has time to spare, they can try to steal the other team’s Artist Cards by describing them in the correct way. When the timer goes off, they add all the Artist Cards they’ve won into their collection. Now it’s the other team’s turn. Their performer gets 30 seconds to get their team to guess all the remaining Artist Cards on the board, starting with their own. If they have time, they can also try to steal any that the other team failed to guess. When the timer goes off, they add any Artist Cards they’ve won into their collection, and discard any that weren’t guessed. After that choose two new players to go head-to-head in the Buzzer Round and start the whole show again! The first team to enter the Buzzer Round with an Artist Card from all eight categories wins the game. Big Potato’s new music trivia board game for 2020 is going to have you partying like it’s 1999! Requires 2 x AAA batteries (not included).
I WANT MY MTV Switch over to a music party game for adults and teens that’s filled with all the biggest MTV hits from the ’80s, ’90s and ’00s
FOR ANYONE WHO’S EVER HEARD A SONG: In the head to head round two players face off in a quick-fire MTV Challenge category battle naming song titles
TRIPLE CHARADES JEOPARDY Afterwards, players have 30 seconds to describe in one word, speak the lyrics and perform songs from three famous bands for their team to guess
TOTAL REQUEST LIVE The first team to collect an artist from all eight cassette categories wins the game Requires 2 x AAA batteries (not included)
EASY TO LEARN, QUICK TO PLAY A new party board game for 2020 made specially for adults of the MTV generation 4+ Players, ages 13 and up

Be the first to review “MTV Game, The Music Throwback Party Quiz Board Game,...” Cancel reply