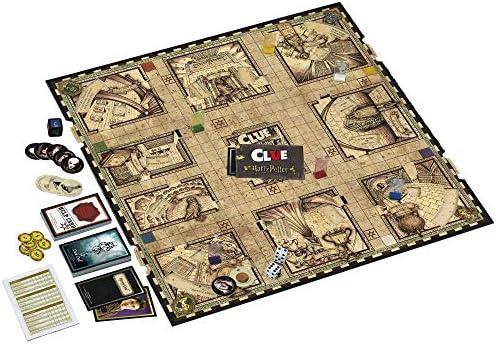 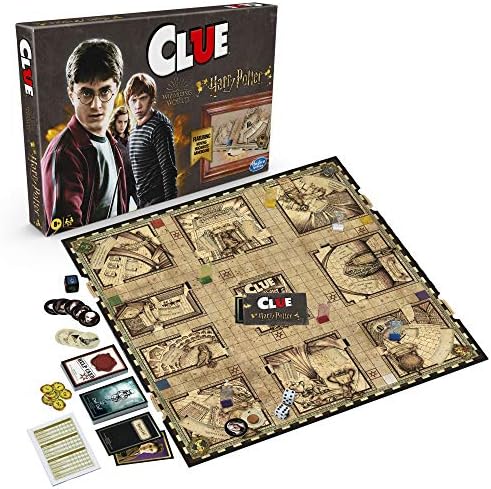 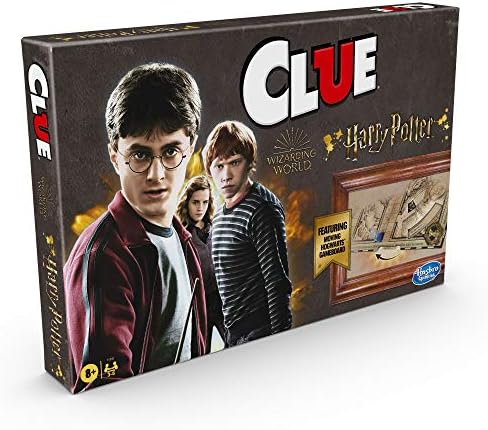 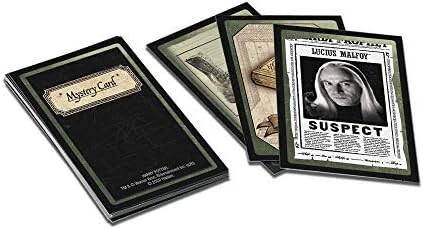 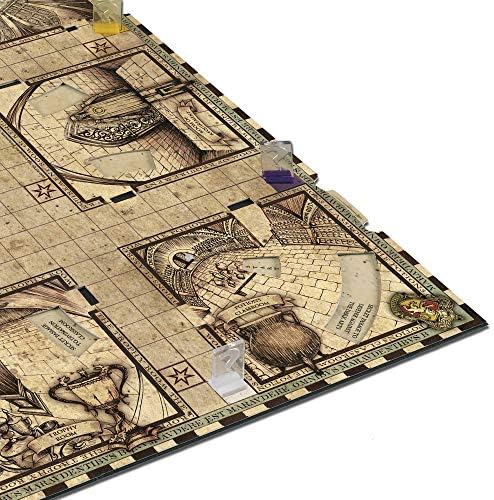 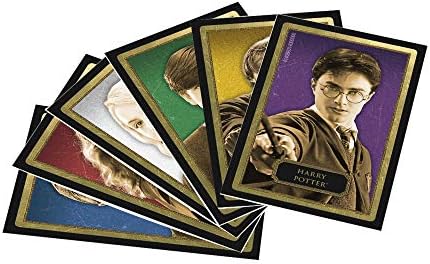 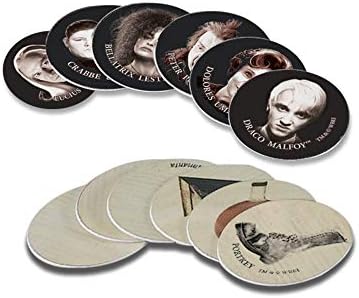 In this Harry Potter Edition of the Clue game, a student has vanished from the Hogwarts School of Witchcraft and Wizardry. Who can solve the mysterious disappearance? Kids play as Harry, Ron, Hermione, Ginny, Luna, or Neville to discover who did it, what spell or item was used, and where the attack happened. Harry Potter fans will recognize the Owlery, Trophy Room, and other Wizarding World places on the Hogwarts gameboard. Rolling a house crest on the Hogwarts die lets the player move a wheel on the board one notch. It’ll reveal secret passages, changing staircases, doors that may or may not be available to use, or the Dark Mark may appear. Go from location to location in Hogwarts and narrow down possibilities as other players show their cards. If someone thinks they’ve solved the case, they head to Dumbledore’s office to make an accusation. A correct accusation wins the game. The board game is for kids ages 8 and up.

Hasbro Gaming and all related trademarks and logos are trademarks of Hasbro, Inc.
INSPIRED BY HARRY POTTER: The Clue: Wizarding World Harry Potter edition board game is a suspenseful game of “whodunit” with artwork and characters inspired by the Wizarding World Harry Potter universe
WHO, WHAT, WHERE: Kids move around the board as Harry, Ron, Hermione, Ginny, Luna, or Neville, and try to discover who vanished, what spell was used, and where the crime happened
CHANGING GAMEBOARD: Players can move the wheels in the corners of the board to reveal secret passages, changing staircases, which doors may or may not be available to use, or the Dark Mark may appear
GAME FOR AGES 8 AND UP: This edition of the Clue game makes a great gift for Harry Potter fans. Inspired by the Harry Potter film series, it’s a board game for 3-5 players, for kids ages 8 and up
MYSTERY GAME: Remember playing the original Clue game as a kid. Introduce your kids to the classic mystery board game in which players solve the who, what, and where of the crime