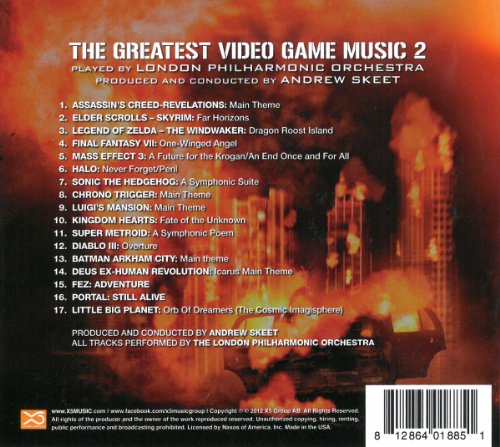 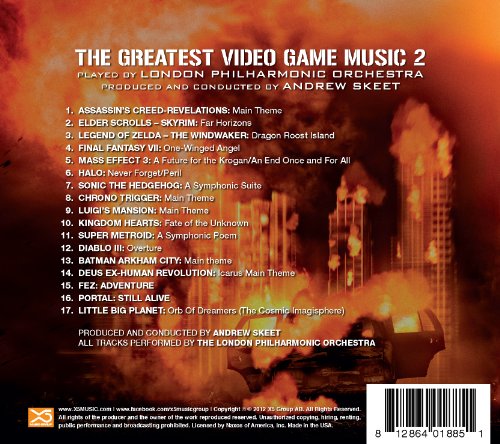 Over the last 40 years video games have become a critical form of entertainment throughout the world. As the games have grown to be more sophisticated and realistic, video game music has also evolved; from the simple bleeps of arcade shoot-em-ups to today’s robust orchestrations, written for complex action or adventure titles on platforms like Xbox, Playstation and Nintendo.

Consequently, classical music has made an entrance into the realm of gaming. Last year’s collaboration with London Philharmonic Orchestra and conductor Andrew Skeet resulted in The Greatest Video Game Music, an album featuring classical renditions of the most beloved video games.

Responding to the popularity and the massive feedback to The Greatest Video Game Music a sequel was recorded. This time having fans from all over the world vote for their favorite video game theme. These themes were once again performed by The London Philharmonic Orchestra, one of the most reputable orchestras in the world, and conducted by sensational Andrew Skeet. The Greatest Video Game Music 2 is the fruit of two worlds blended together.
Product Dimensions ‏ : ‎ 5.59 x 5.12 x 0.24 inches; 1.9 Ounces
Manufacturer ‏ : ‎ X5 Naxos
Date First Available ‏ : ‎ October 18, 2012
Label ‏ : ‎ X5 Naxos
ASIN ‏ : ‎ B009IF1462
Number of discs ‏ : ‎ 1