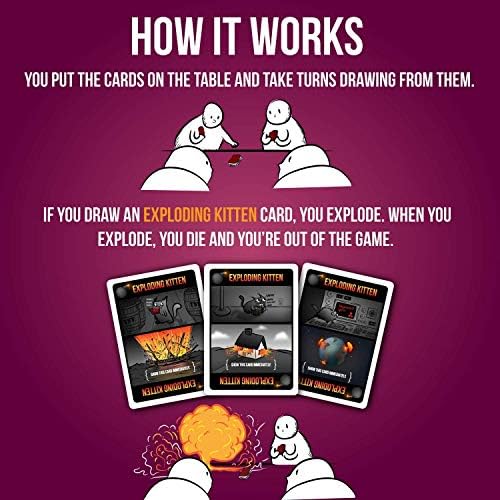 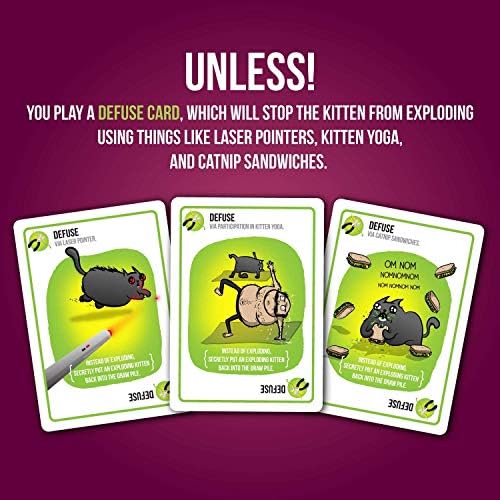 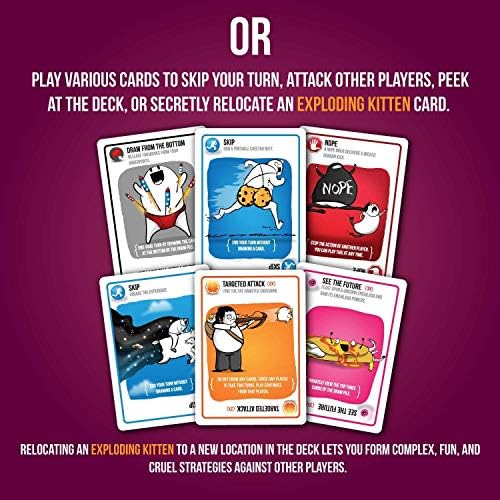 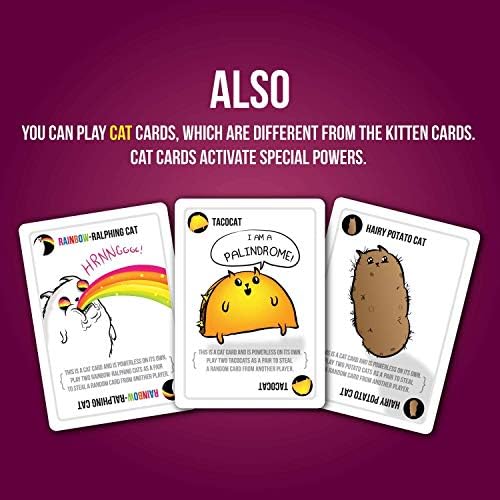 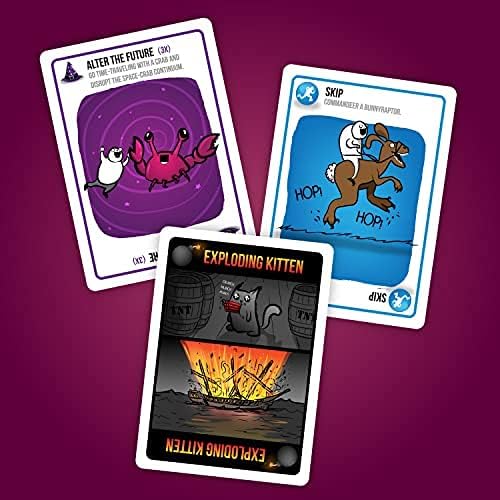 This Party Pack version of Exploding Kittens is still the same family-friendly, easy-to-learn card game as the original, but we’ve chosen some of our favorite cards from Exploding Kittens and the Imploding Kittens expansion deck to let you play with up to 10 players!
In this highly-strategic, kitty-powered version of Russian roulette, players draw cards until someone draws an Exploding Kitten, at which point they explode, they are dead, and they are out of the game unless that player has a Defuse Card, which calms the volatile kittens using things like laser pointers, belly rubs, and catnip sandwiches. All of the other cards in the deck are used to move, mitigate, or avoid the Exploding Kittens.
Exploding Kittens is the most-backed crowd funded product in history…which we hate to brag about.
A Kitten-Powered Russian Roulette Card Game, For Up to 10 – Purr-fect party game for family and friends who are into kittens and explosions and laser beams and sometimes goats. Now for double the players!
Game Of The Year Award Winner – More than 10 million copies sold, breaking records in kids games, adult games and everything in between.
A Simple Card Game for Kids and Adults – Perfect for all occasions, including a family game night, beach trip, road trip or drinking with friends!
Beginner-Friendly, Just 2 Minutes to Learn – If you draw an Exploding Kitten, you lose and you are full of loser sad-sauce. All the other cards in the deck help you avoid or mitigate your risk of drawing an Exploding Kitten. If you don’t explode, YOU WIN!
120 Cards, with Box and Instructions – A simple card game for kids, drinking, kittens, and adults, not in that order.

Be the first to review “Exploding Kittens Party – A Russian Roulette...” Cancel reply